Close
You are here: Home > Tourism News > About the Conference of the Parties (CoP) of CITES
Print Page

About the Conference of the Parties (CoP) of CITES 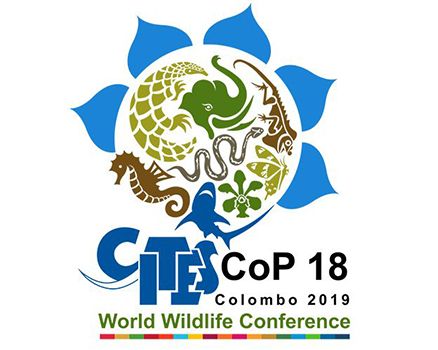 The Convention on International Trade in Endangered Species of Wild Fauna and Flora commonly referred to as CITES, is an international agreement between governments whose primary aim is to ensure that international trade in specimens of wild animals and plants does not threaten the relevant species survival. The Signatories to the CITES convention, are collectively referred to as the Conference of the Parties: meets two to three years, to review the implementation of the Convention. The meetings of the Conference of Parties last for about two weeks and are usually hosted by one of the Parties.

The General Assembly of the United Nations, by paragraph of section I of its resolution 31/140 of 17 December 1976, decided that sessions of United Nations bodies maybe held away from their established headquarters when the Government issuing the invitation for a session to be held within its territory has agreed to defray, after consultations with the Secretary-General of the United Nations as to their nature and possible extent, the actual additional costs directly or indirectly incurred.

Accordingly, the Conference of the Parties to the Convention on International Trade in Endangered Species of Wild Fauna and Flora (CITES) at its 17th meeting, held in Johannesburg, South Africa, from the 24th September to 3rd October 2016, accepted the invitation of the Government of the Democratic Socialist Republic of Sri Lanka, to hold the 18th meeting of the Conference of the Parties to CITES (CoP18) as well as the 71st and 72nd meetings of the CITES Standing Committee (SC71 and SC72);

The 18th meeting of the Conference of the Parties (CoP) to the Convention on International Trade in Endangered Species of Wild Fauna and Flora (CITES) will be scheduled to be held from the 23rd of May to the 3rd June 2019 at the Bandaranaike Memorial International Conference Hall (BMICH) in Colombo Sri Lanka. With over 3,000 foreign delegates and media personnel from 183 different countries expected to participate is the largest UN Conference to have been hosted in Sri Lanka.

Sri Lanka acceded to the CITES Convention on 4th May 1979. Since then as a Party to the CITES for nearly four decades, Sri Lanka is yet to introduce national laws implementing CITES in the country. Currently Sri Lanka is placed in Category 3, which is for Parties that do not meet the requirements for the implementation of CITES.

Wildlife advocates of Sri Lanka urge and advocate the Sri Lankan authorities to introduce required legislation followed by regulations to implement CITES at a national level. Having local regulation in place to implement CITES in Sri Lanka will help not only to protect its own wildlife smuggled out of the country but also join hands with the international community to apprehend wildlife trafficking taking place at Sri Lankan ports, airports and in Sri Lankan waters.

It is vital to note that national laws will always supersede any CITES regulation. This means that existing laws would not be weakened while CITES would help close loopholes that enable Sri Lanka to be used as a wildlife trade route. CITES would also better regulate trade for species from other countries (eg. Blood ivory from Africa), trade of orchids, timber and marine products (like shark fins); all of which have management controls in place at present but are still being traded in large volumes.

CITES is one of the Convention that comes under the European Union’s (EU) Generalized System of Preferences Plus (GSP+) that provides additional trade incentive to developing countries including Sri Lanka. Sri Lanka lost the GSP+ in 2010 and regained it in 2017 promising to the EU that Sri Lanka would adhere and implement the Conventions under GSP+ consideration.

Sri Lanka’s Fauna and Flora Protection (Amendment) Act, No. 22 of 2009 and Customs (Amendment) Act. No. 2 of 2003 or other legal instruments do not provide adequate legal provisions for apprehending illicit wildlife trafficking that is taking place in Sri Lanka, in transiting and beyond the Sri Lankan waters. In the recent past most of the illicit wildlife trafficking cargos transited via Sri Lanka were detected and detained by other East Asian countries. At the same time, in recent years, wildlife specimens are being taken in and out of Sri Lanka at a very high rate.

For the first time in the South Asian region Sri Lanka destroyed a blood ivory container on 26th January 2016. John E. Scanlon, Secretary General of CITES came as a special guest of Sri Lankan Government on this occasion. He was the first CITES Secretary General to visit the South Asian region. Scanlon applauded the Sri Lankan authorities for forfeiting such a massive blood ivory haul and taking steps to destroy it publicly. This event brought a high degree of international positive media attention to Sri Lanka, rivalling any event since country’s independence in 1948.

During Scanlon’s visit to Sri Lanka he had a discussion with Sri Lanka wildlife authorities on the local regulation for implement CITES in Sri Lanka. He emphasized the importance of having CITES local regulation in place and working towards achieving Category 1 status from the current Category.

Hosting CITES CoP 18 will be a major and significant international gathering in Sri Lanka, with 183 Parties, consisting of 182 countries attending. India hosted CoP 3 of the CITES in 1981. After 38 years, Sri Lanka will host CITES in the South Asian region once again.