Close
You are here: Home > Tourism News > Sri Lanka to be the next uprising Paradise for Travel Influencers from around the Globe SLTPB Visiting Blogger Program geared up for aggressive social media promotion in 2018 with World’s Top Travel influencers
Print Page 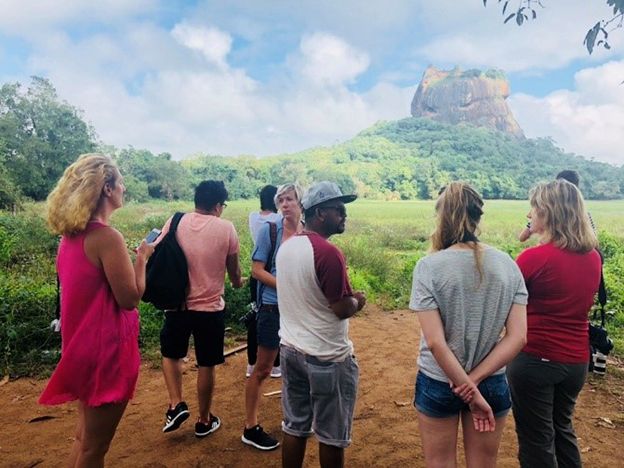 Enjoying a panoramic view of the Sigiriya rock 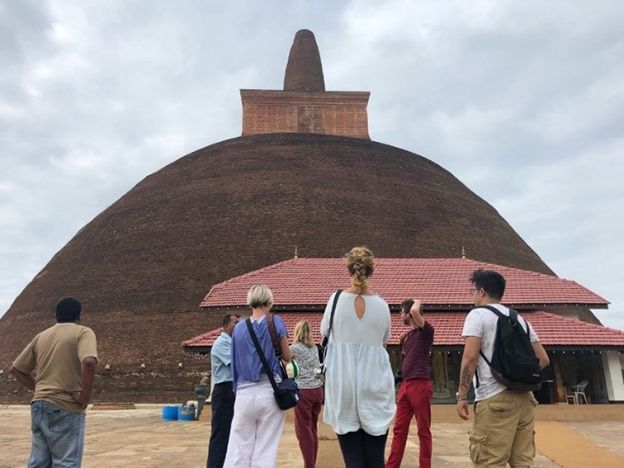 Exploring the historical city of Anuradhapura

One of the most popular bloggers among the group was Janet Newham from Ireland whoruns her blog called ‘Journalist on the run’. She most recent blog post about Sri Lanka was referred as " I never expected to find some of the most beautiful hotels in the world in this small, but perfectly formed south Asian nation".

Janet has travelled over 80 countries around the world and awarded with multiple International awards including 2017 Digital Media Travel Journalist of the Year, 2017 Irish Travel Blogger of the Year 2017, 2017 TBC Asia’s Upcoming Blogger. Karolina Coenen, from ‘’around the globe’’ (www.aroundtheglobenl-Netherlands) Laurane Philippot from ‘’Web escapes SASU’’ (France) Nina Soentgerath from ‘’Reisehappen.de’’ (Germany) .

The bloggers and social media influencers were carefully selected by SLTPB and were grouped based on their style of destination exploration and similarity in travel interests. The group included some of the world’s renowned high profile International travel bloggers and Instagrammers. The visit of International Travel Bloggers group to Sri Lanka concluded in Colombo with networking sessions organized with the collaboration of MovenPick Hotel Colombo, where Hon. Minister for Tourism Development & Christian Affairs Mr. John Amaratunga offered his most profound gratitude for the Bloggers as well as Industry Partners for the support given to promote destination Sri Lanka within the popular virtual platforms. 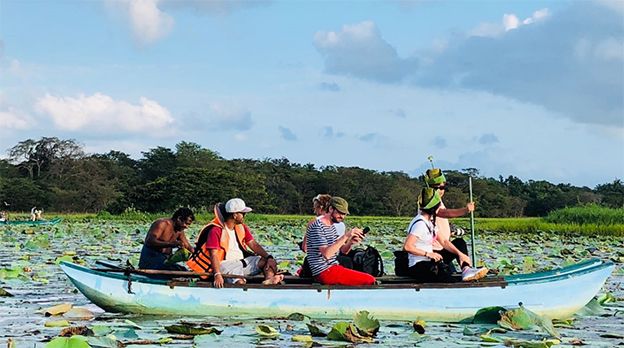 Enjoying a ride on a river

On her blog ‘’Reisehappen.de’’-Nina Soentgerath stated, "in the north of Sri Lanka you will find the beautiful, still undiscovered city of Jaffna. In Sri Lanka a civil war raged for a long time, which was particularly intense in the north of the country. The civil war only ended in 2009 and Jaffna has only been open to tourists for a few years now. Jaffna is therefore not as touristy as other places in Sri Lanka and is therefore a must for people who want to see the 'real Sri Lanka".

As part of SLTPB Blogger Familiarisation Tour, group of popular instagrammers also joined up to create a virtual holiday dream about Destination Sri Lanka within their active follower based in Instagram which is about 796,000.00 combined. The group included Stefano Ferro from Australia (with over 107K Instagram follower base), Loic Lagarde & Saul Aguilar from France some of the most talented first generation Instagemers. In fact, Loic was recognised as ‘’Best Travel Blogger on Instagram for Harper’s Bazzr’’, One of the Top 25 Flickr in the World during 2017,2016 and 2015. 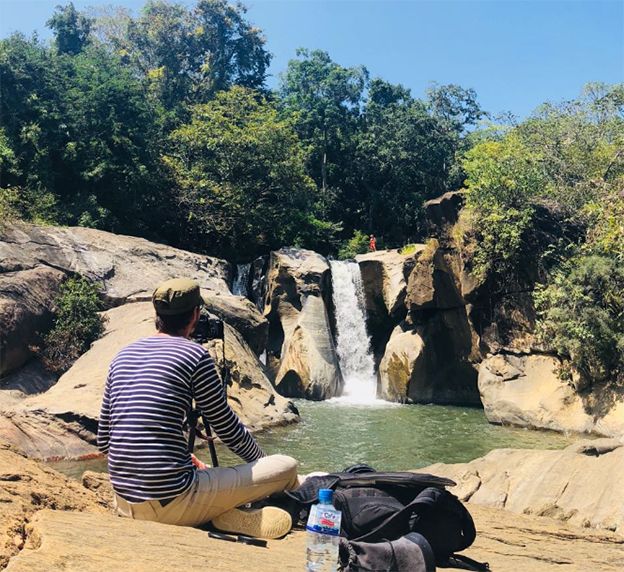 Watching the scenery at Paraviyan Ella

Another key promotional objective of Sri Lanka Tourism is to popularize ‘’lesser known attractions’’ which has been given priority as an important focus area. In this regard, the group of travelbloggers went to the Northern Capital ‘Jaffna’ to explore Nature, Culture, Wildlife and most importantly to witness postwar progress made by both locals and the region. As part of the destination exploration the travel bloggers visited many cultural, historical sites and took the opportunity of engaging with the local life in agriculture and fishery industry in Jaffna.

Apart from Northern exploration, Bloggers were further taken to tourism areas, attractions, activities where inbound tourism industry expected further grow and establish including Anuradhapura, Kadulla National Park, Parawiyan Ella at Badalkumbura- Uva Province, Ayurveda, Meditation,etc . The Island exploration ended for the bloggers from the calm Southern Sea by taking part of Whale Watching in Mirissa and witnessing range of Whales including the most popular Blue Whale.

SLTPB expects these promotions will increase global awareness on Northern Capital ‘’Jaffna’’ as a rising tourism destination and create more direct and indirect financial opportunities for the local via the growing number of tourist arrivals. Furthermore, Tourism expect s initiating such projects will operate as a bridge towards ethnic harmony and progress as one nation.

During the year 2017, SLTPB Bloggers Program gathered over 10 million social media engagement for the content created by Travel Bloggers and Social Media Influencers who visited the country. Some of the most creative content been featured in popular social media pages such as the National Geographic Travel -facebook page, UNILAD Adventure -facebook page and Beautiful Destinations-Instagram Page and went viral by reaching to over 5 million of their combined followers. 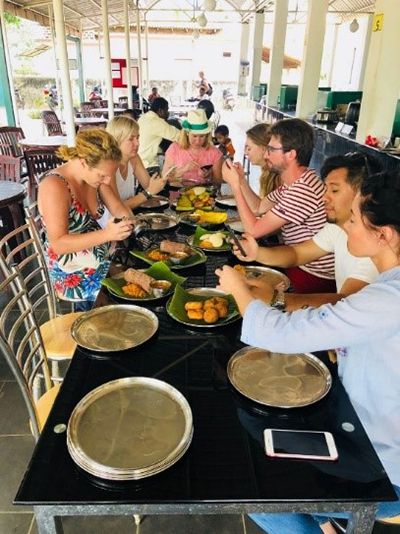 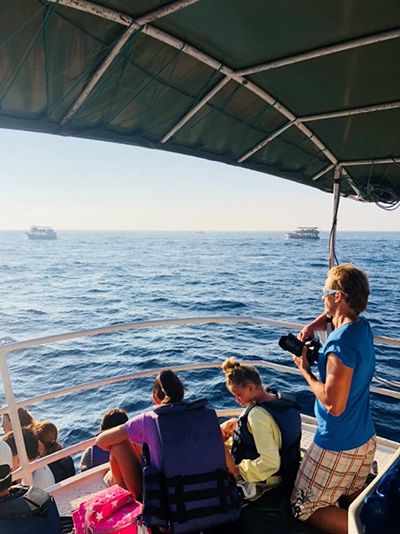